Her smile! I just can’t get over that HUGE smile on her face!

A few months back, I had the pleasure of witnessing and photographing David and Rasha’s surprise proposal. The forecast called for a downpour and the rainclouds were looking ominous, but David was determined to make it happen that day.

The rain was coming down HARD on my drive to Whytecliff park, but when I arrived to my hiding spot, it had eased off a bit. I planted myself in some shrubbery behind a rock and waited for my moment to pop out. Several minutes passed, then, there they were! David was leading Rasha down a precarious path toward the proposal spot. They stood there for a minute taking in the view, then he was down on one knee asking her to marry him! Rasha responded with a resounding YES and from that moment on, had the biggest smile glued to her face.

We spent the remainder of our time together navigating the slippery cliffs of Whytecliff park and celebrating their new engagement in full west coast fashion. 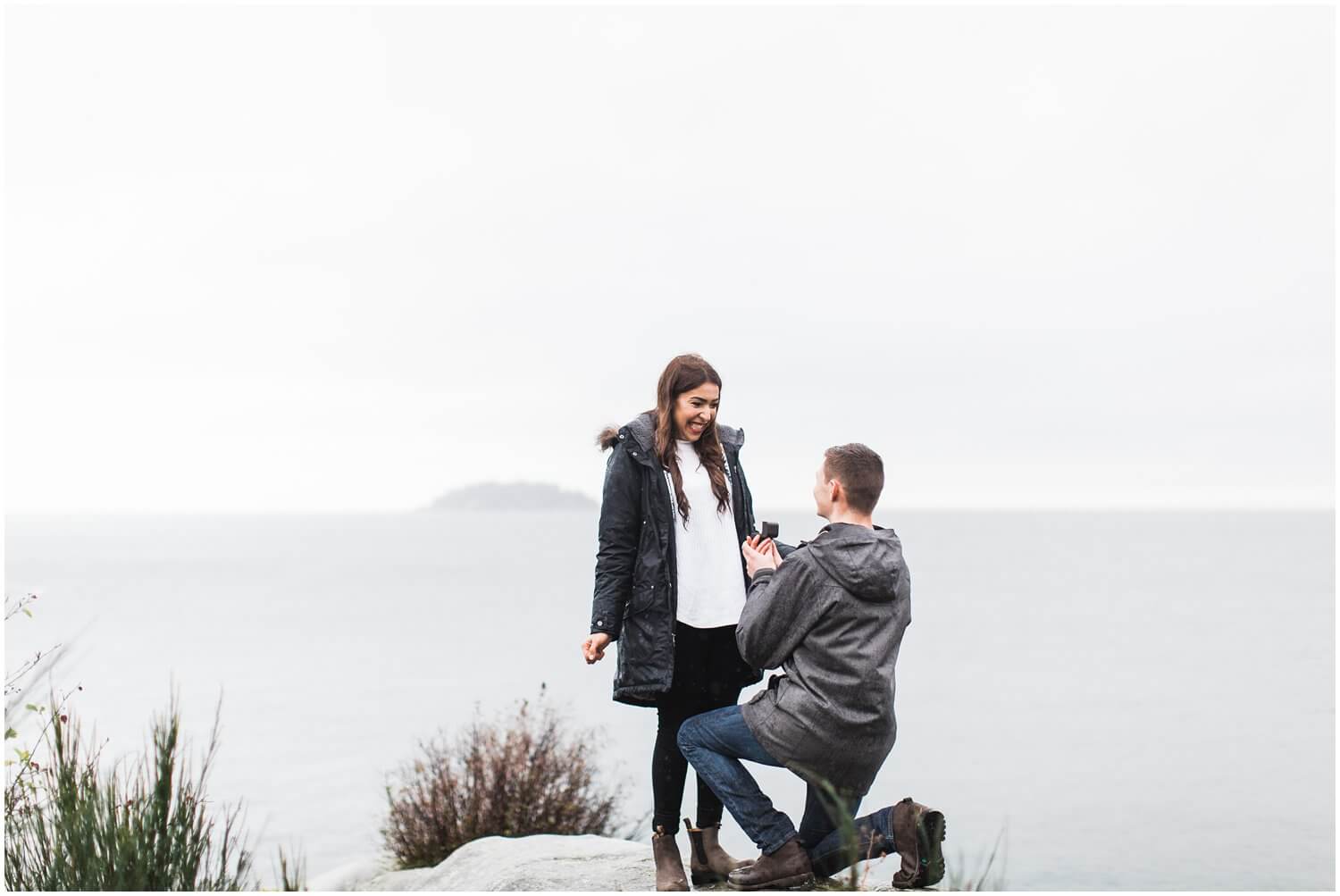 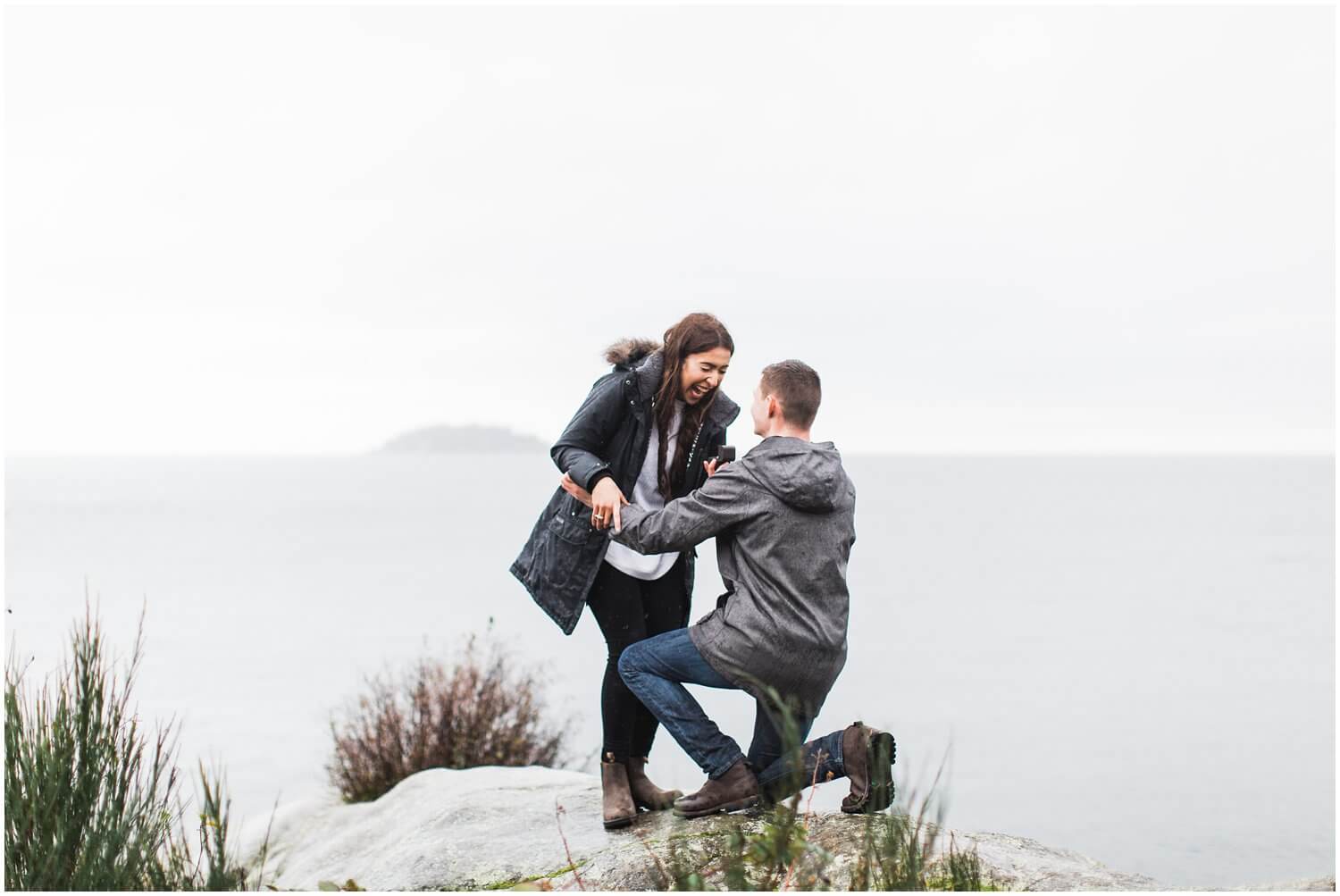 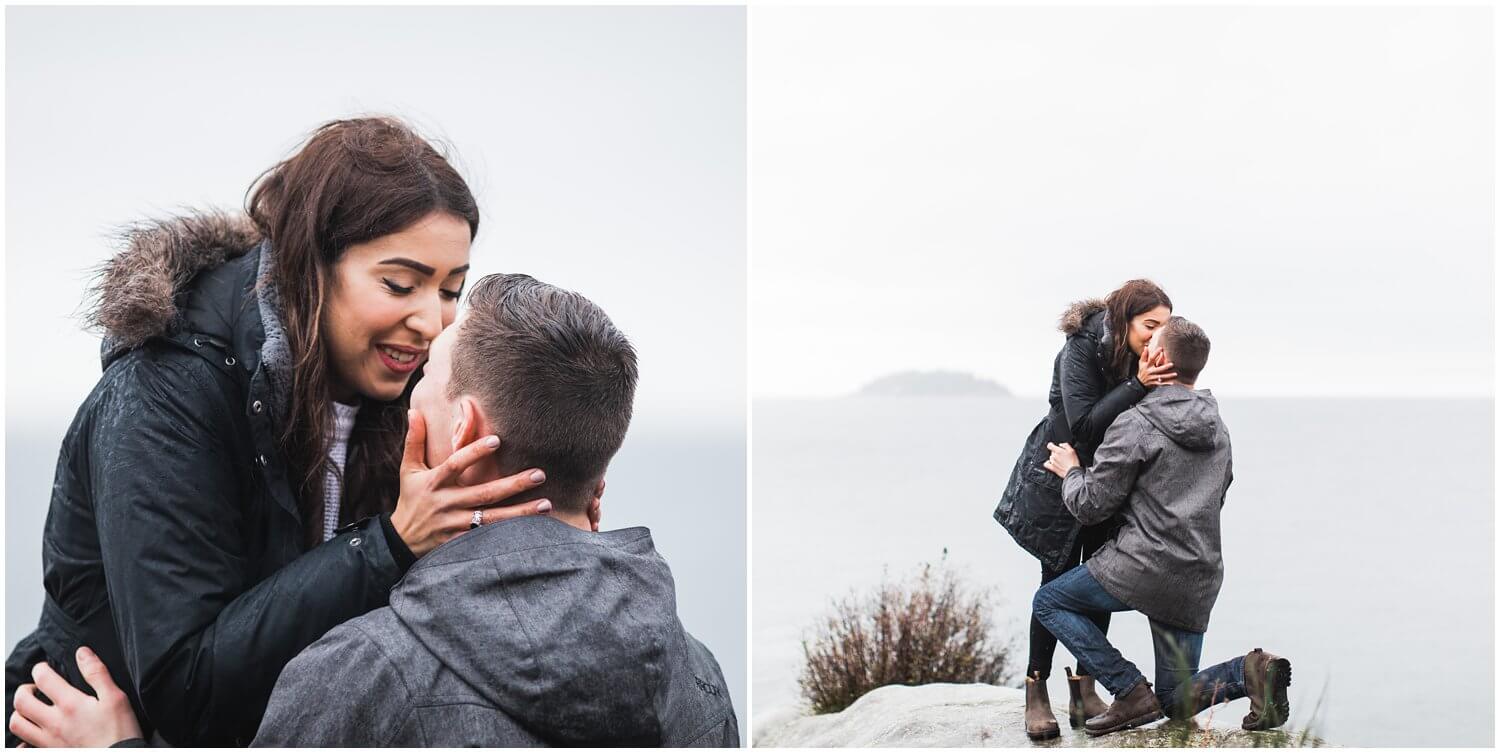 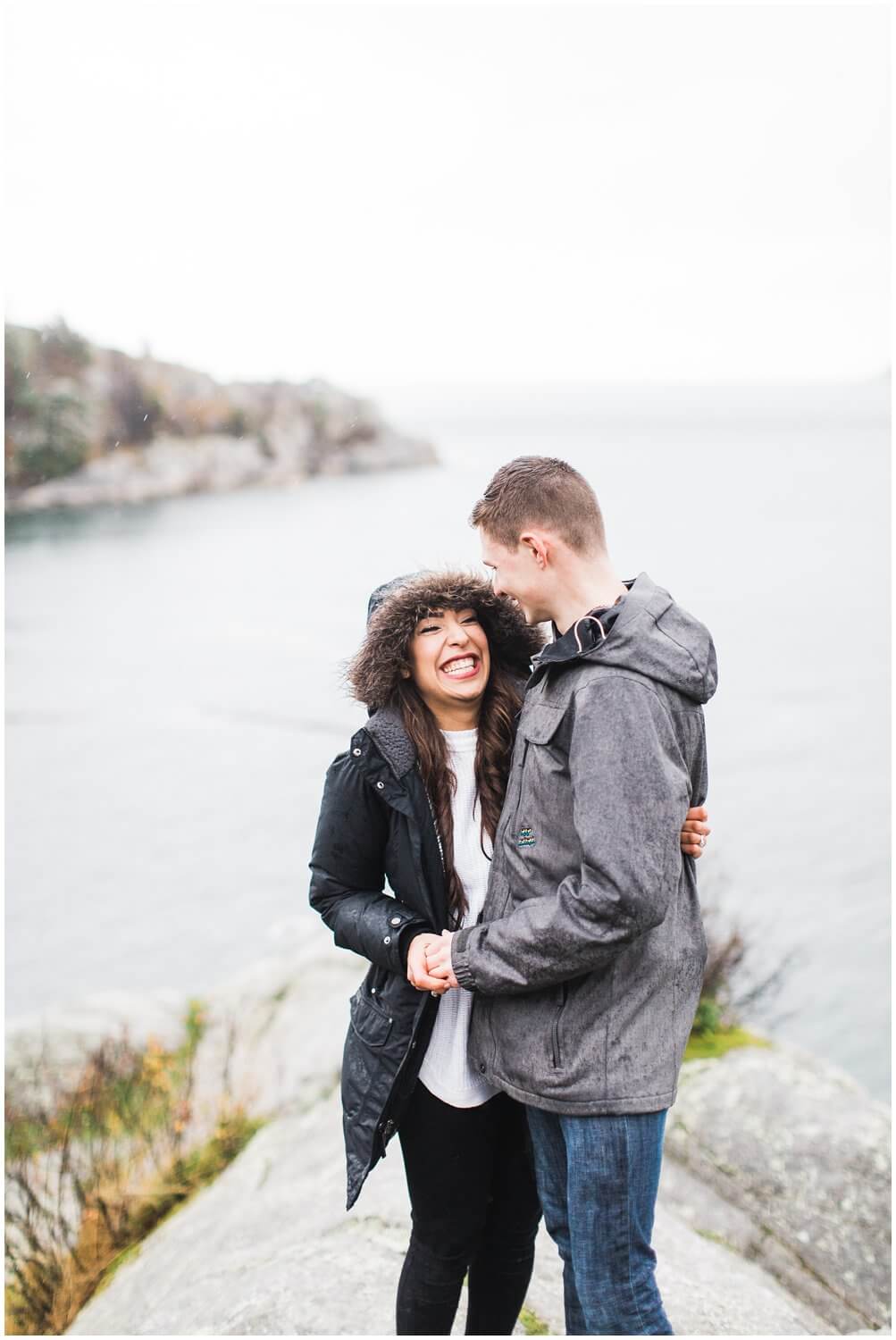 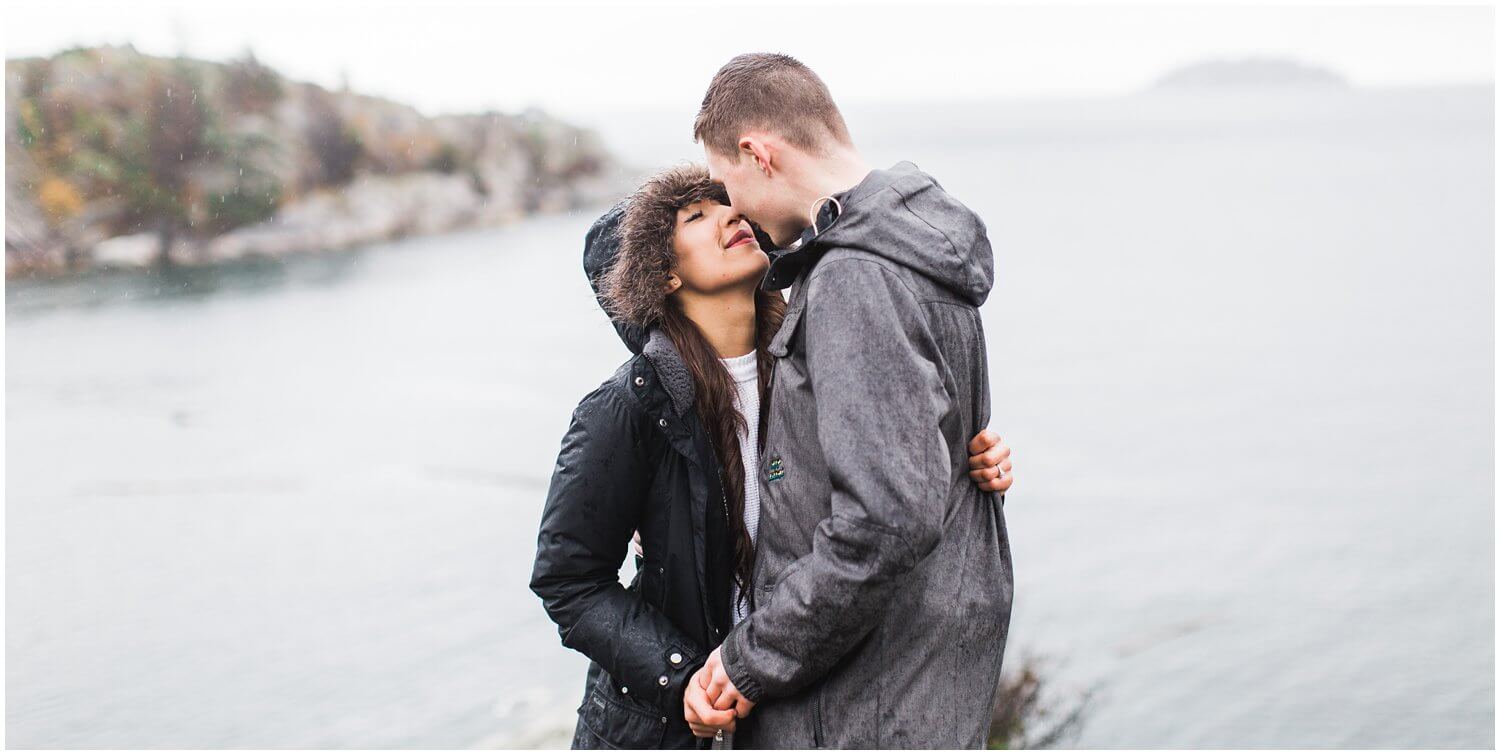 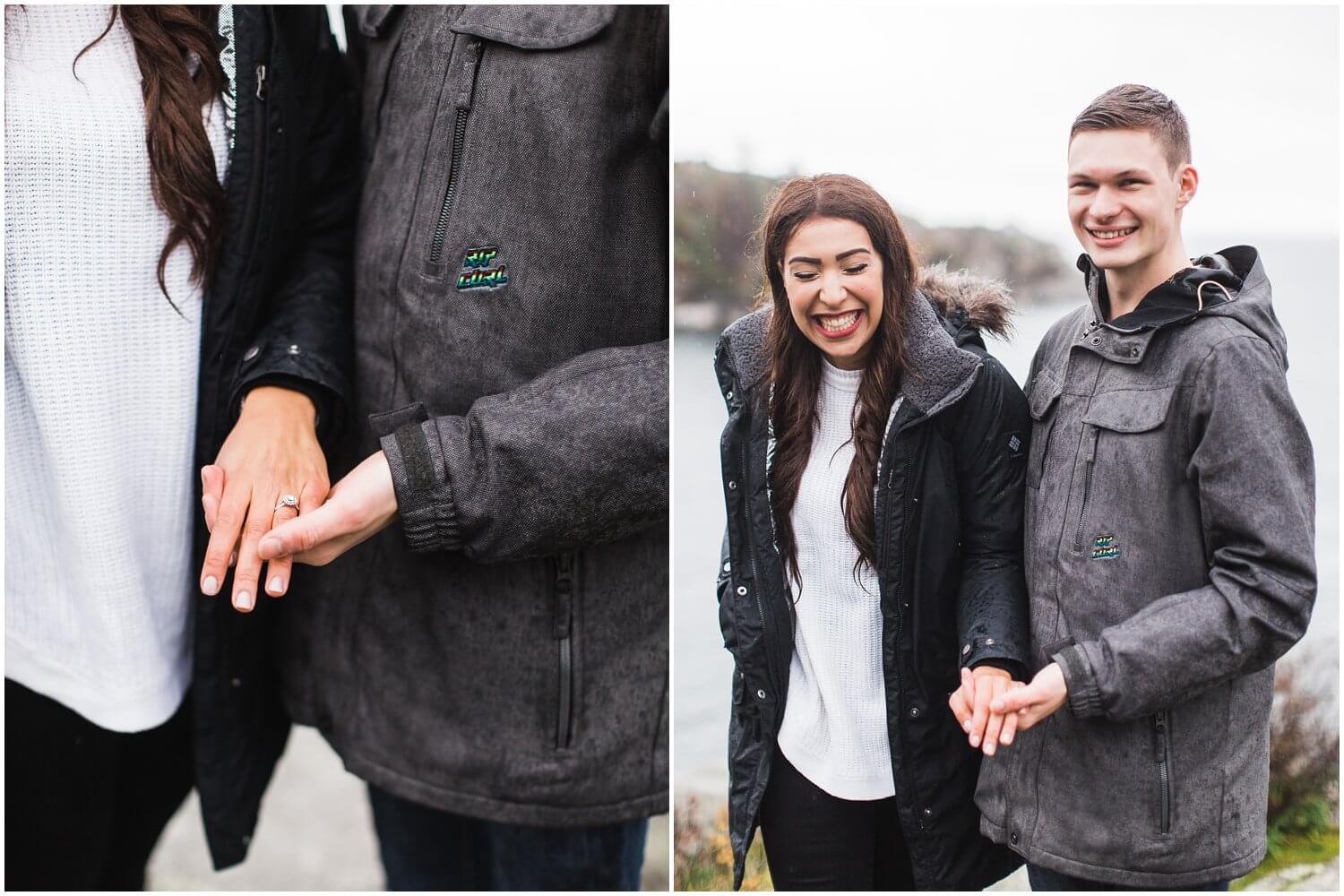 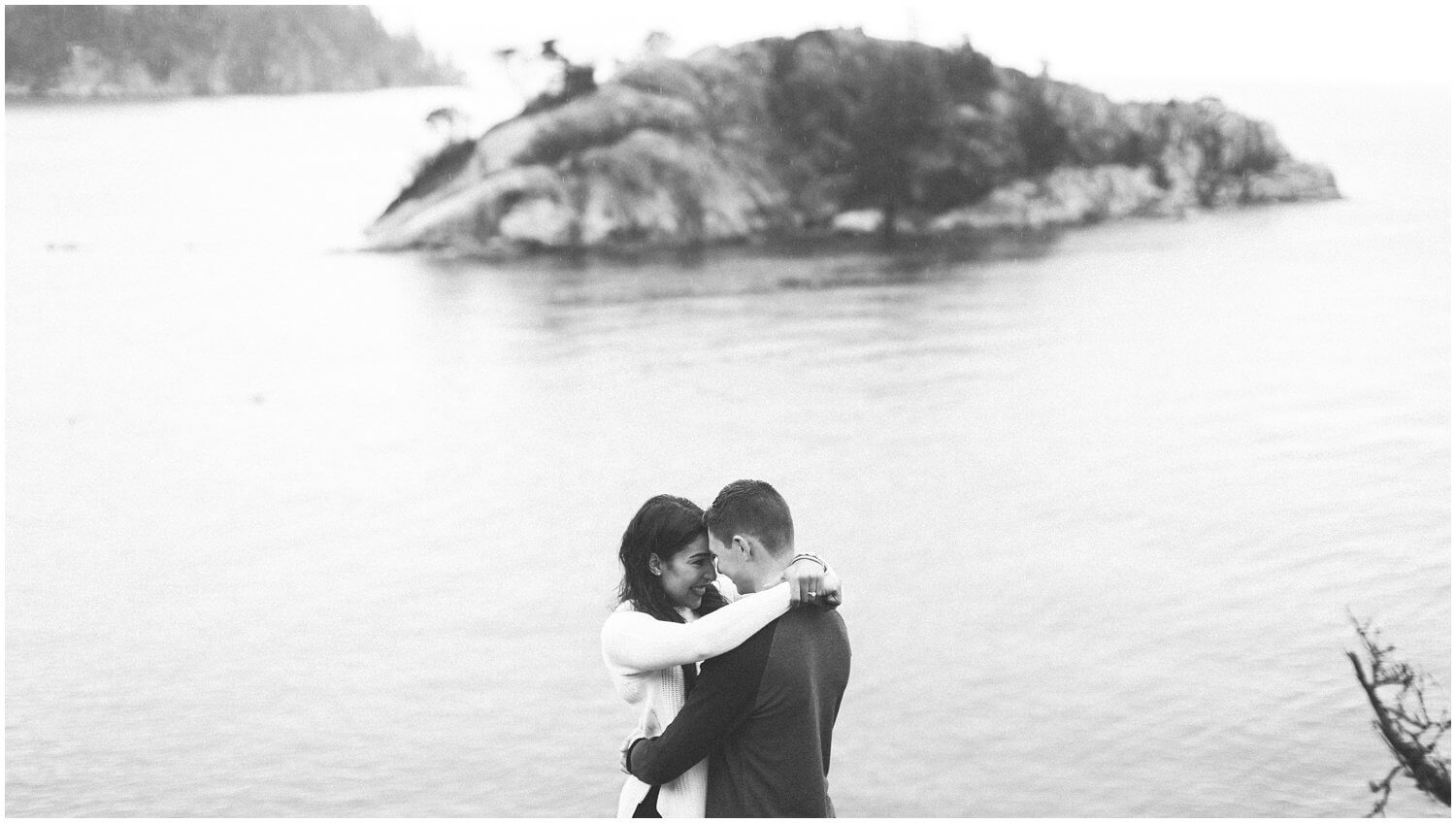 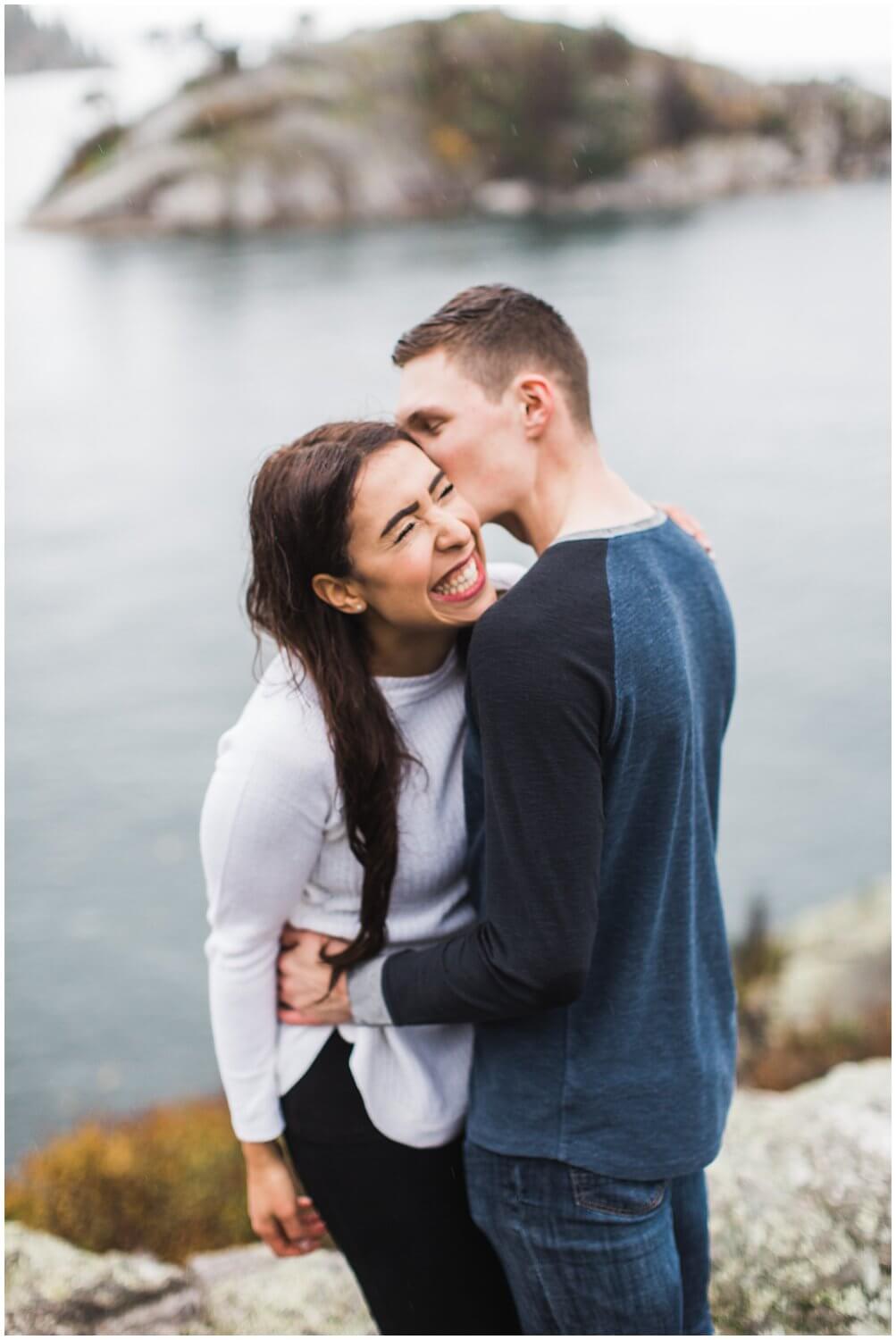 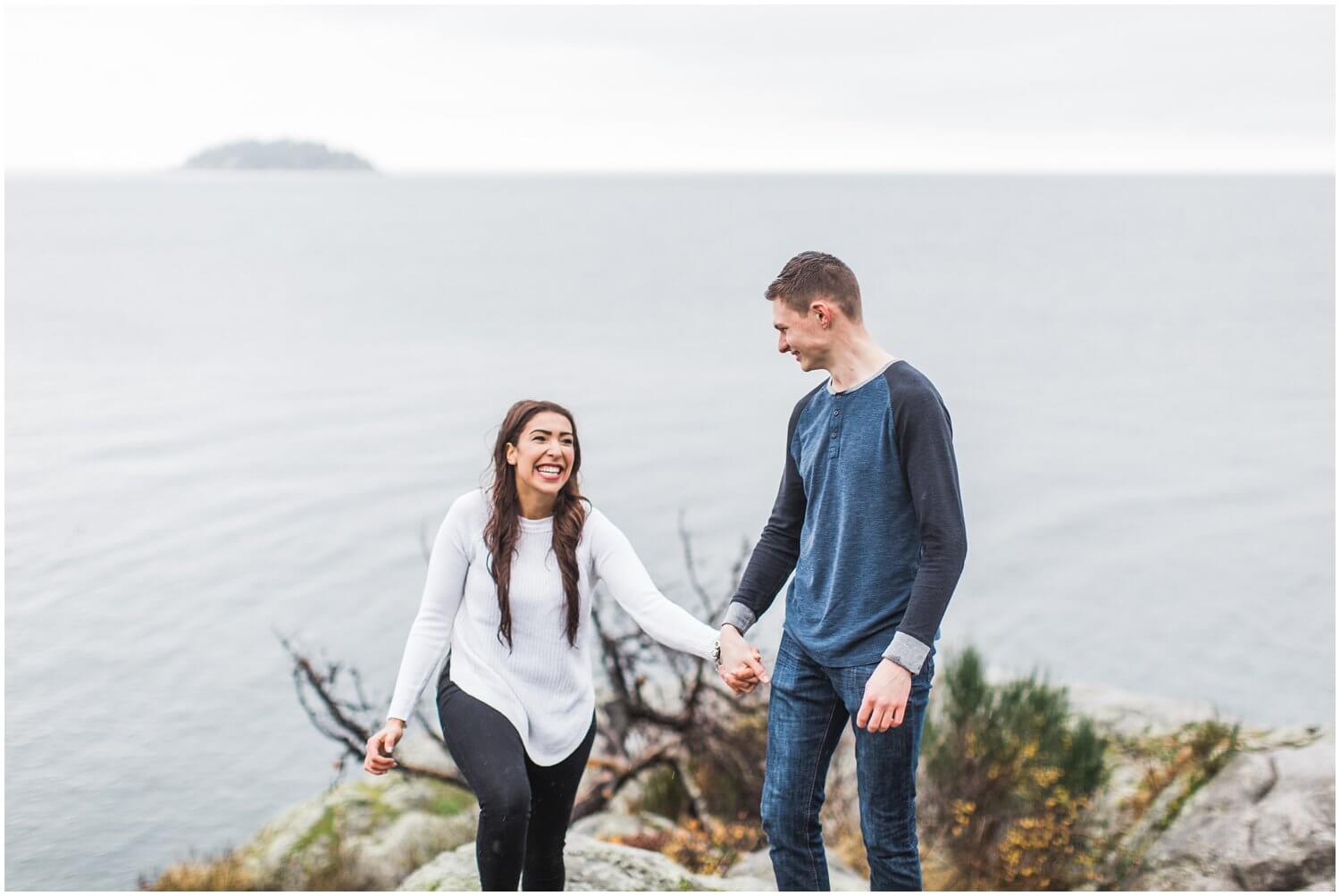 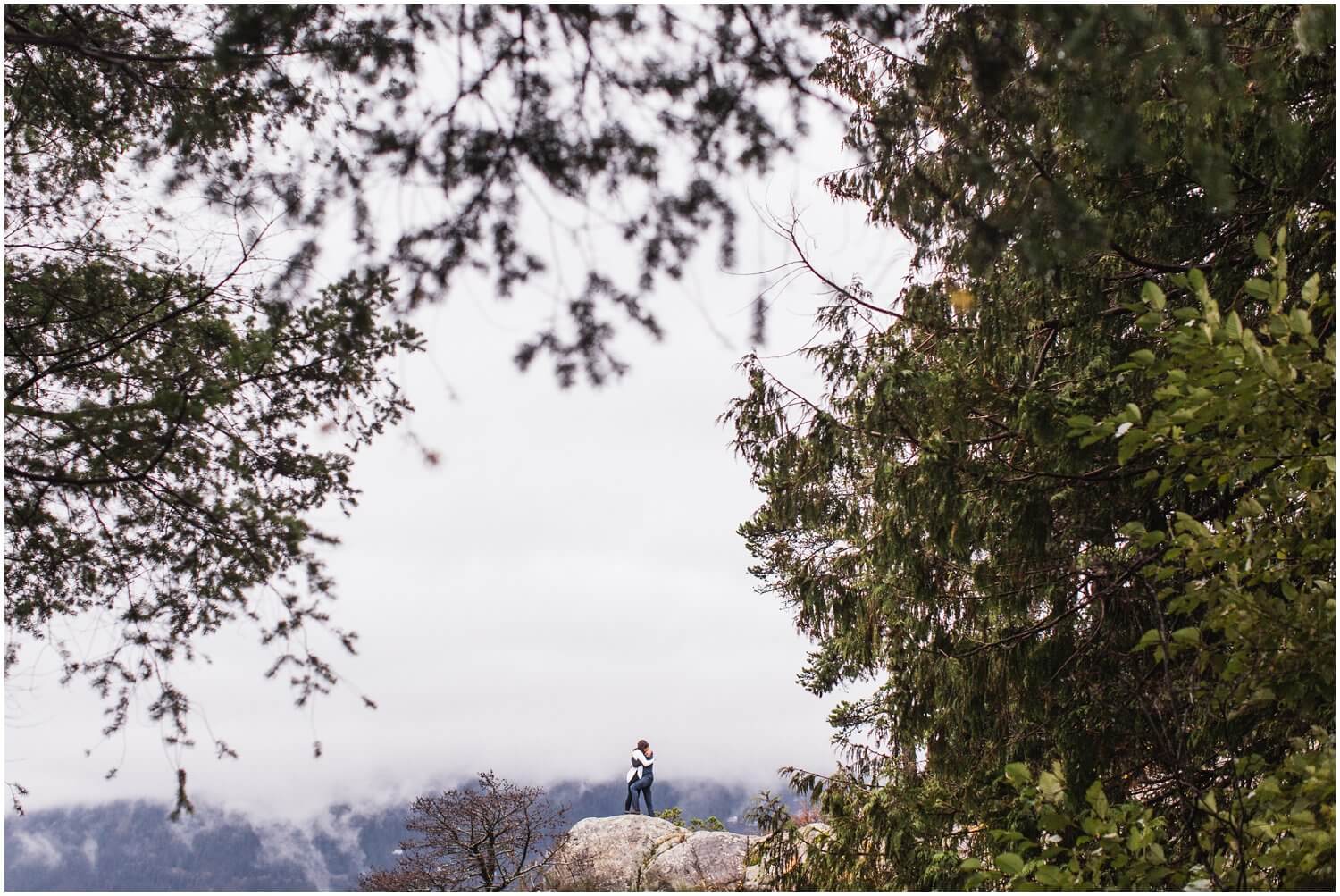 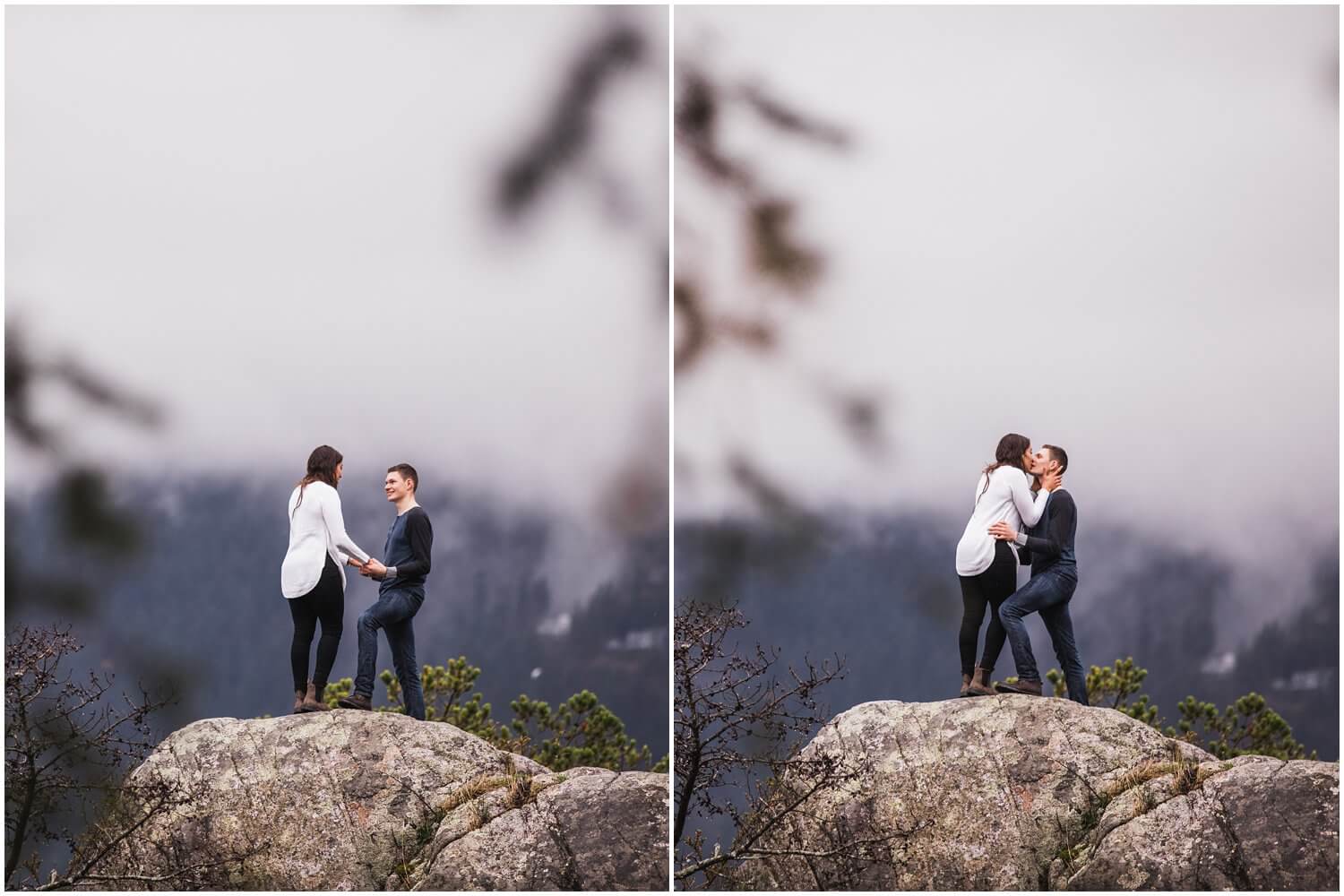 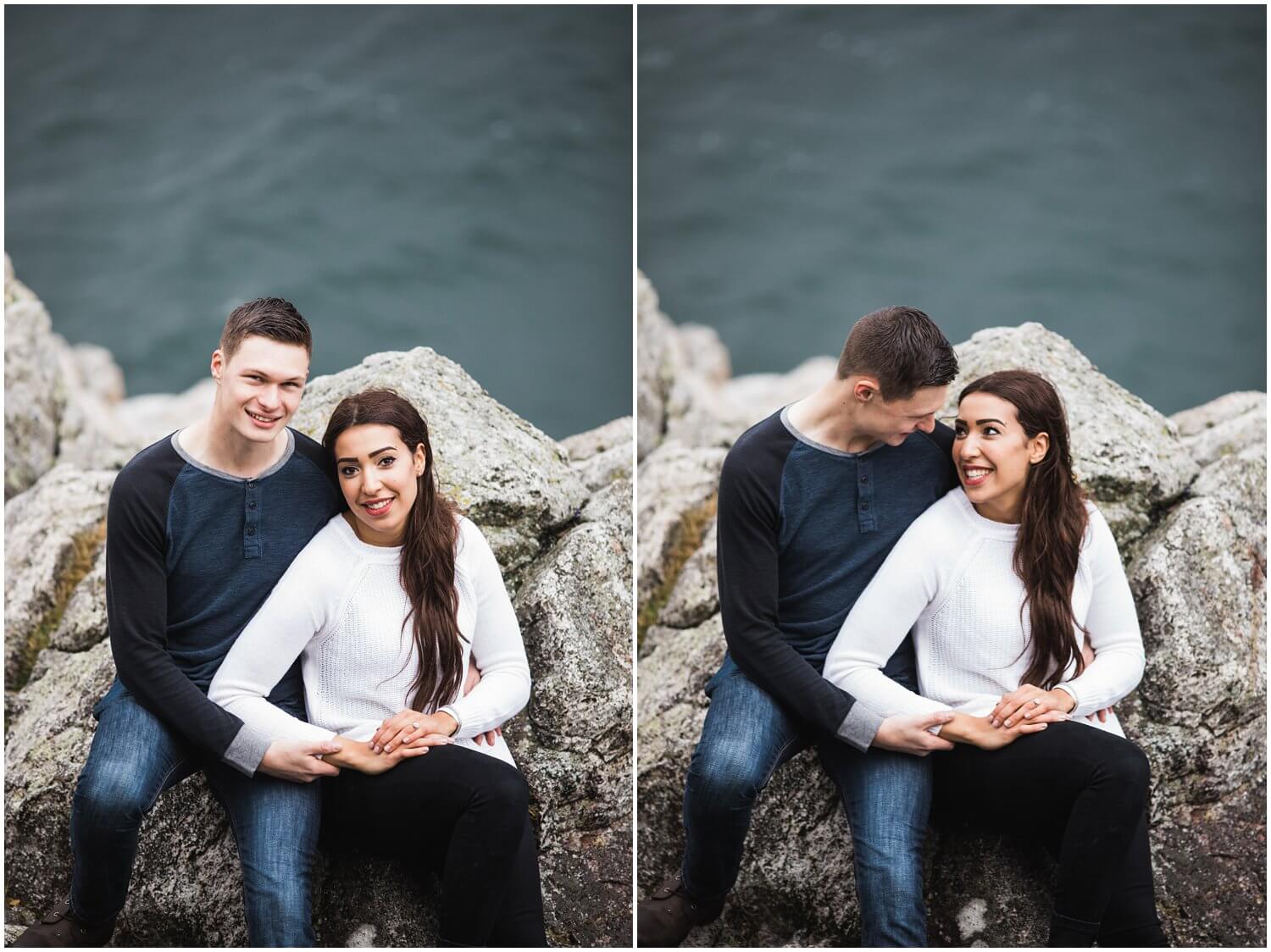 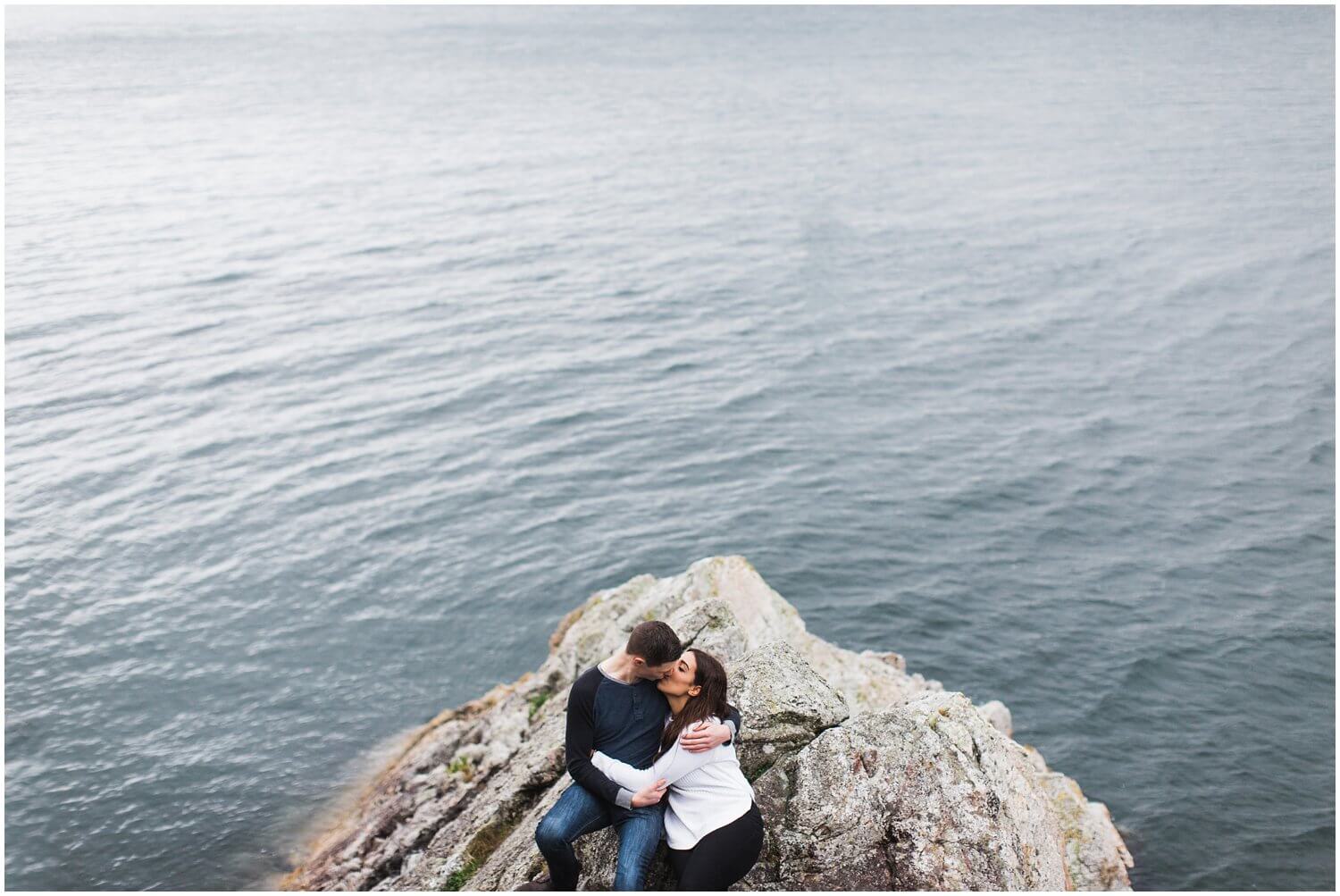 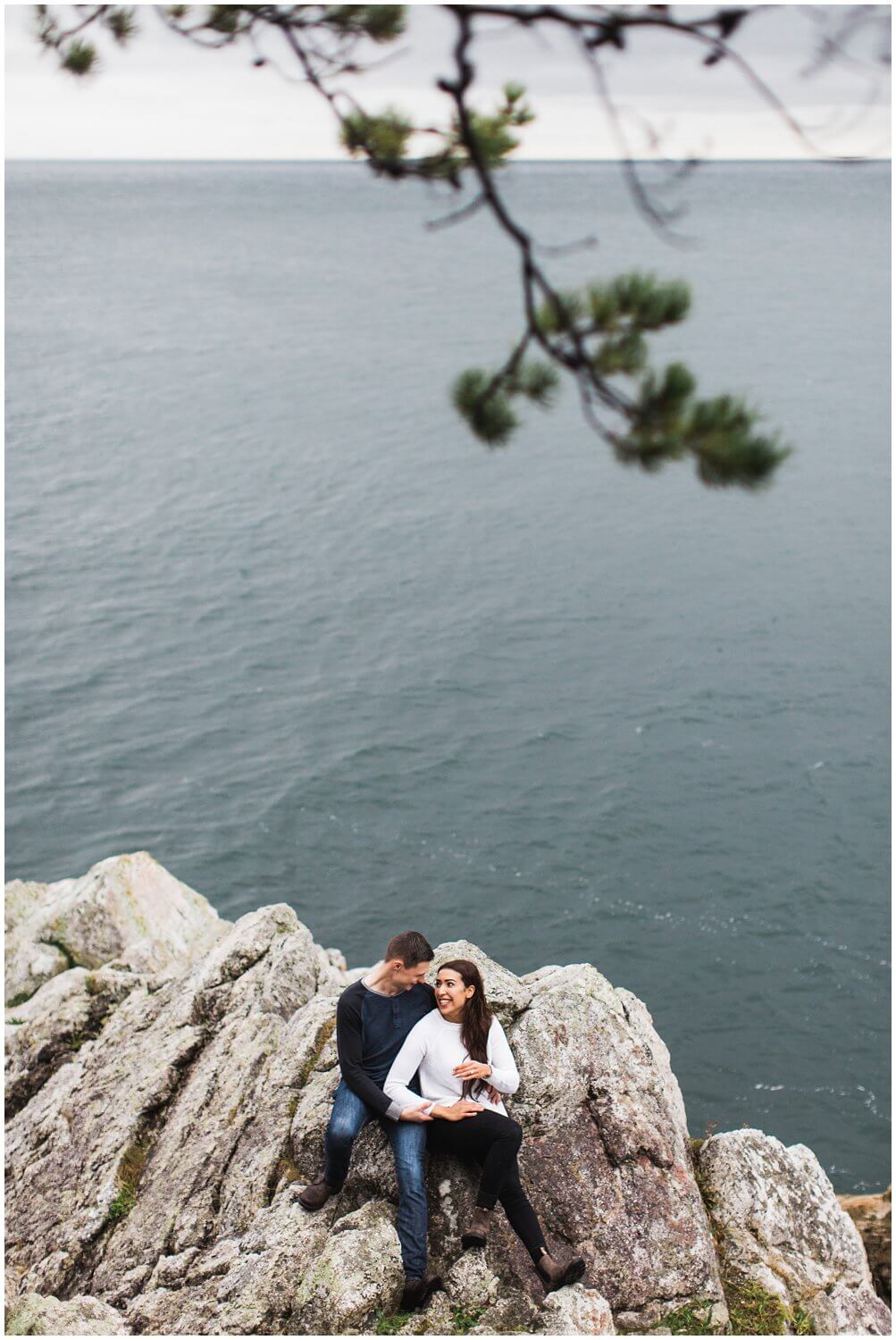 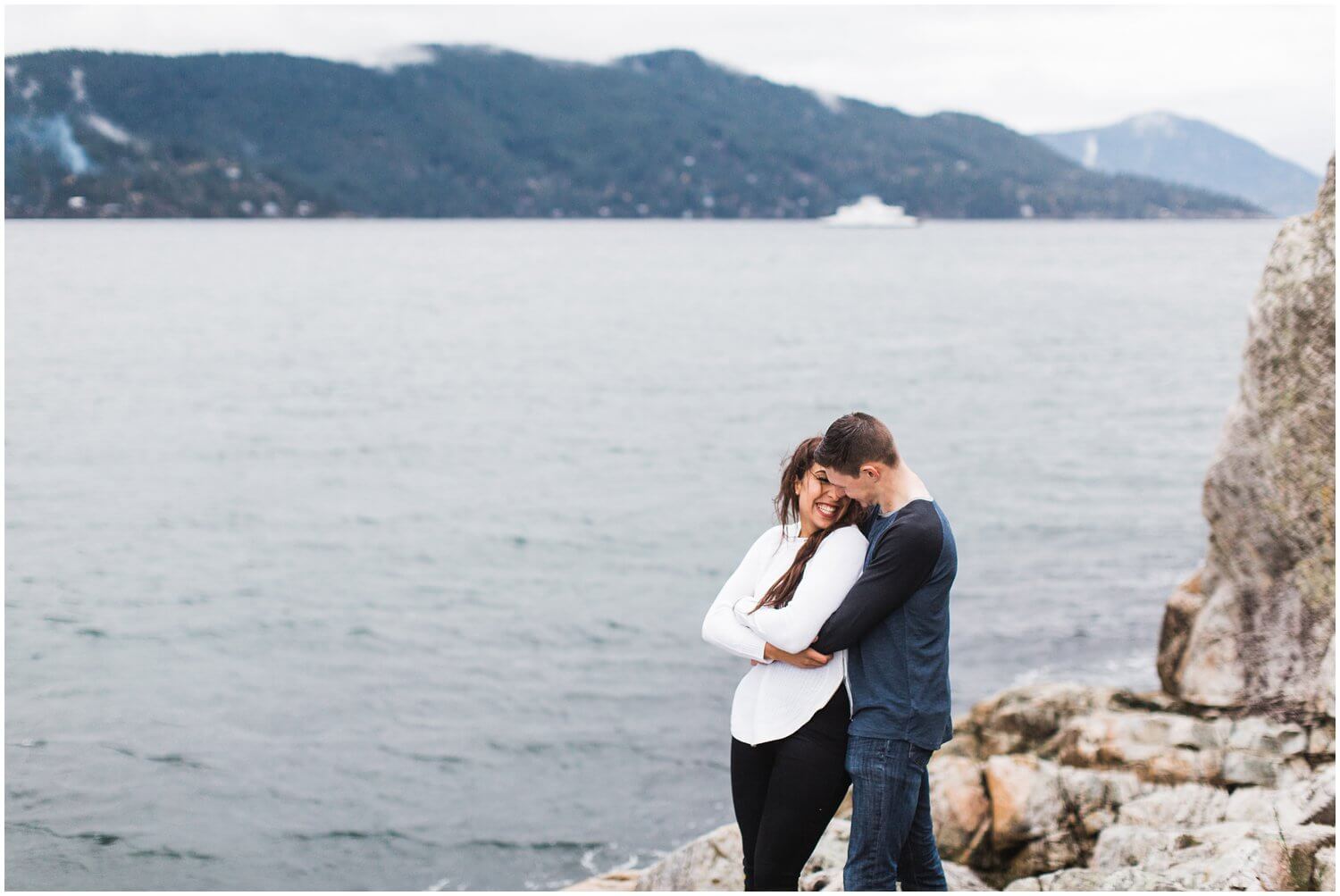 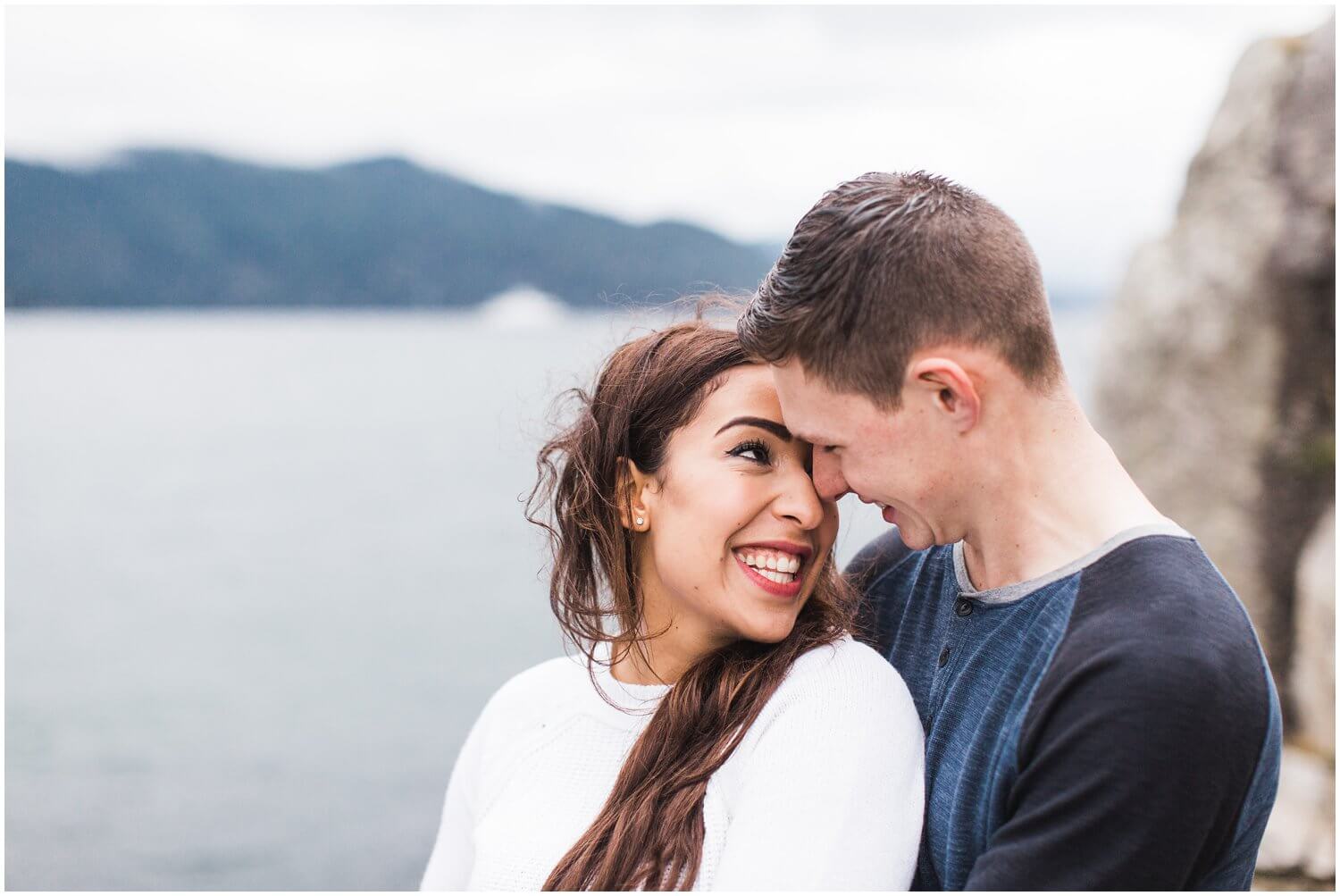 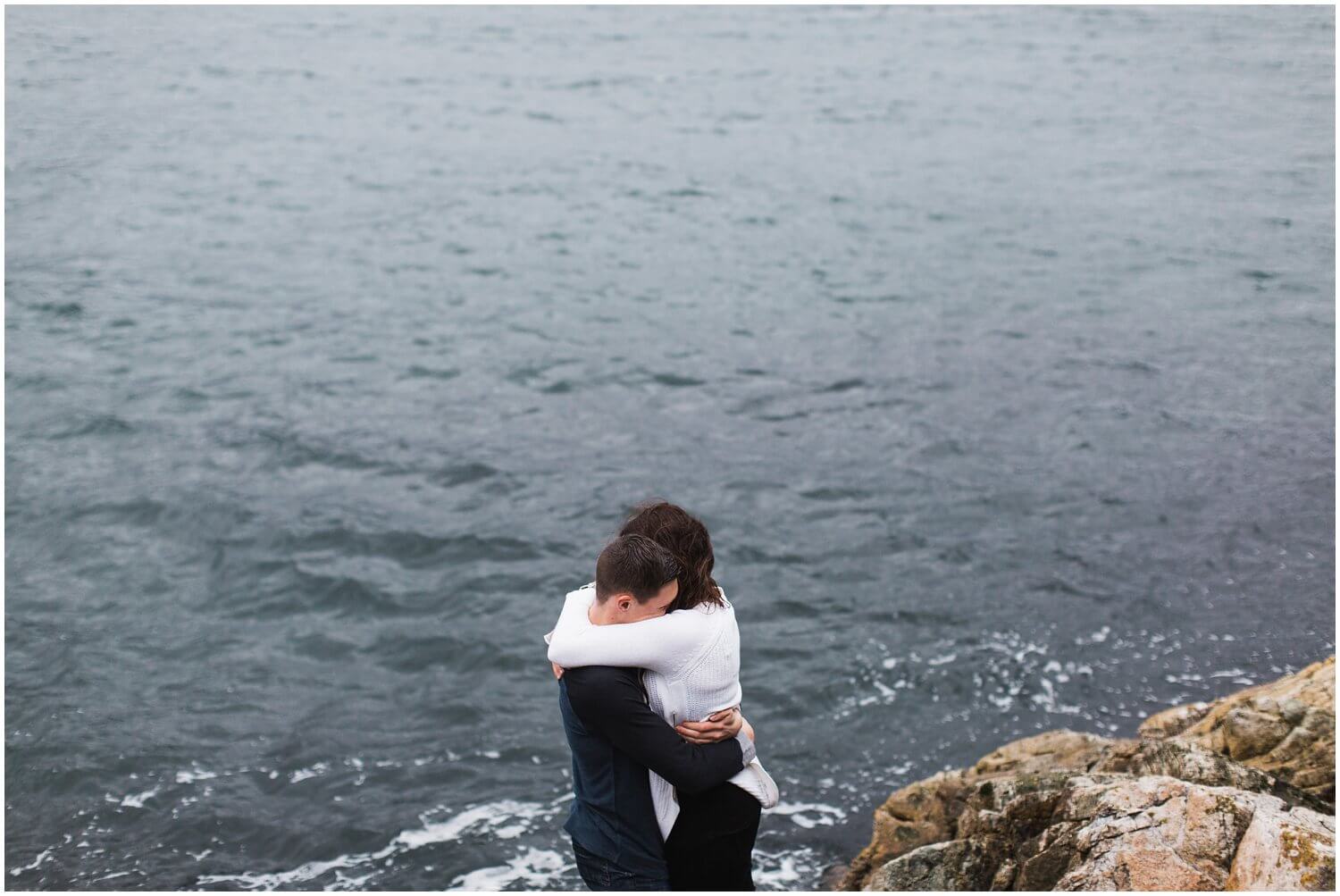 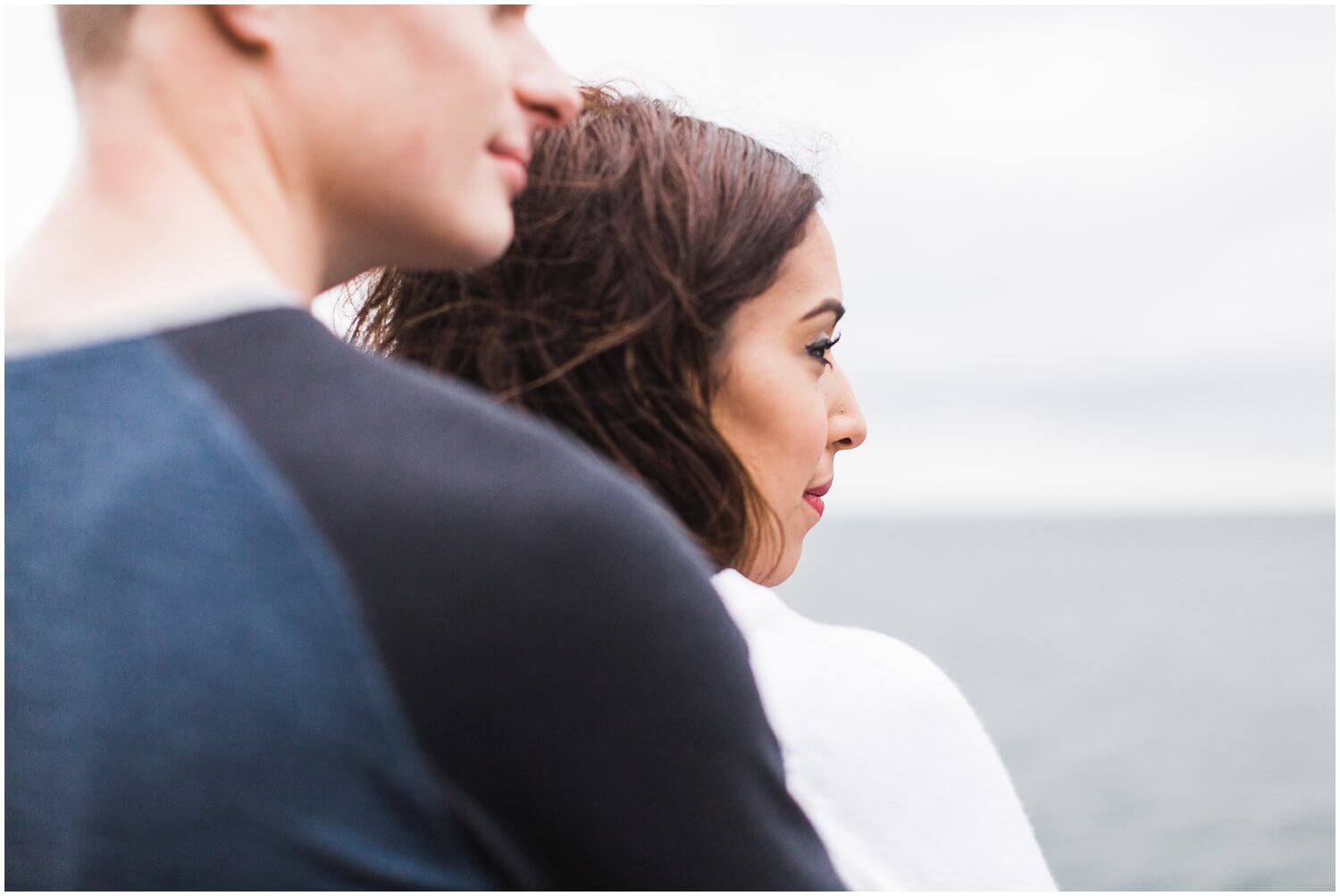 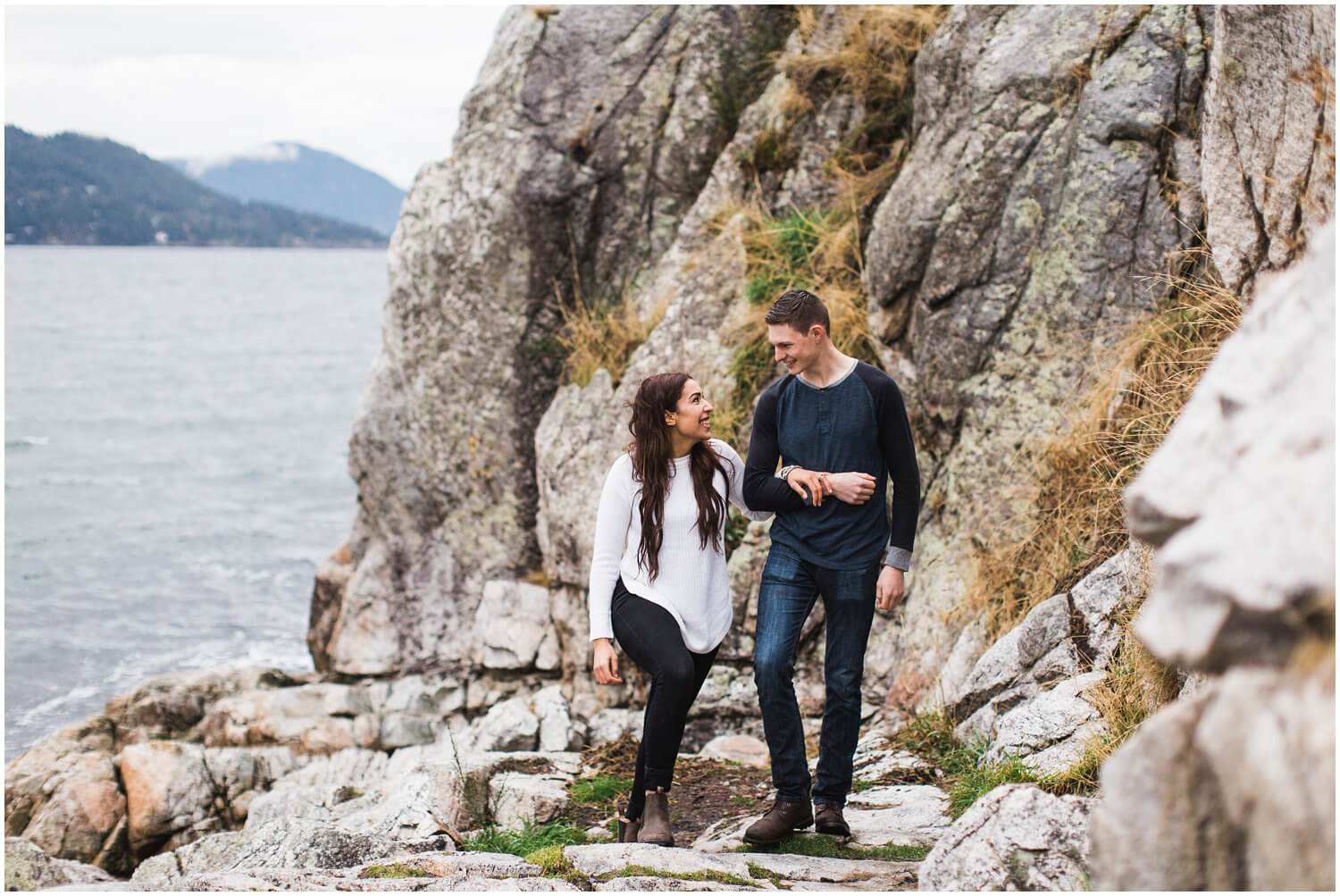 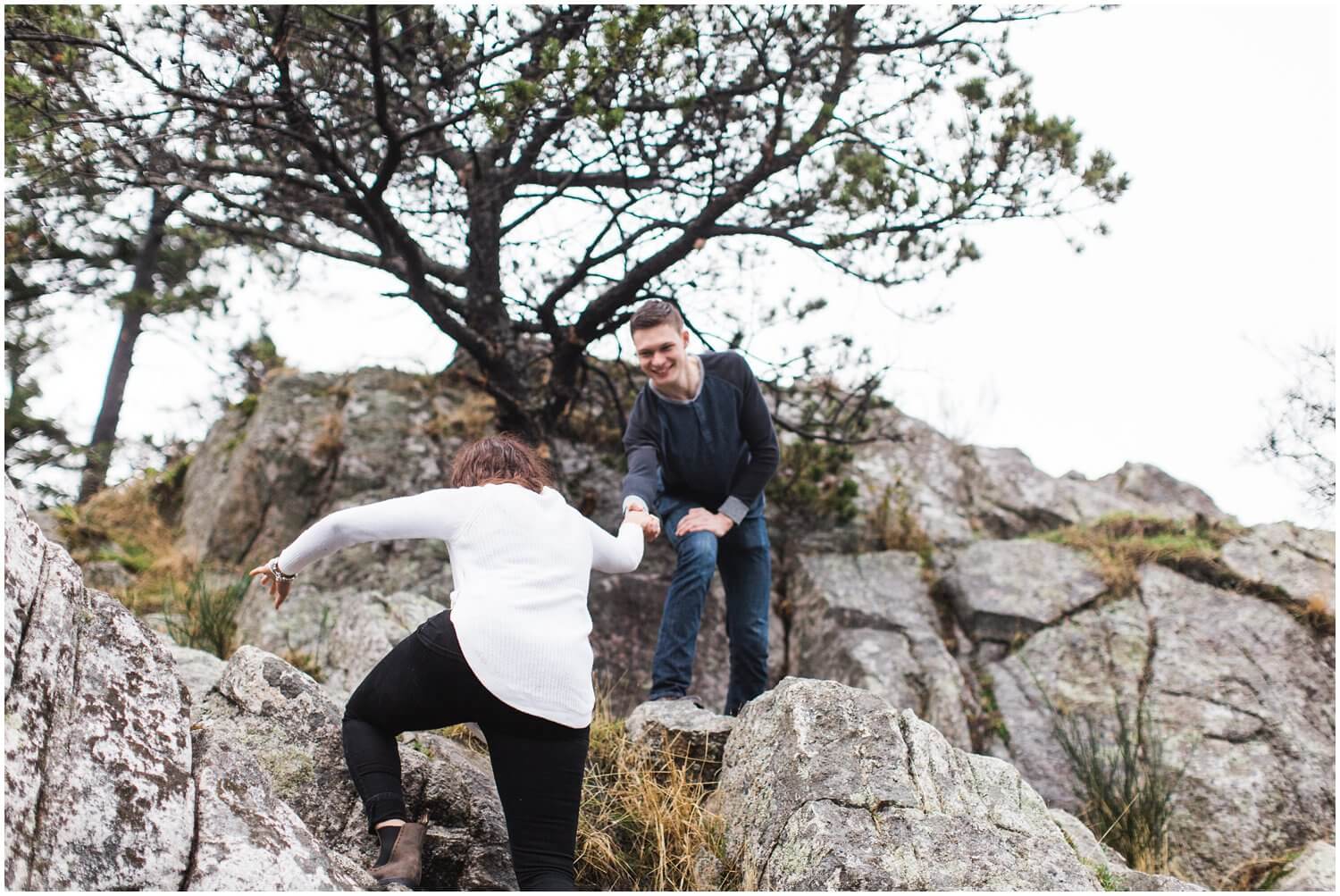 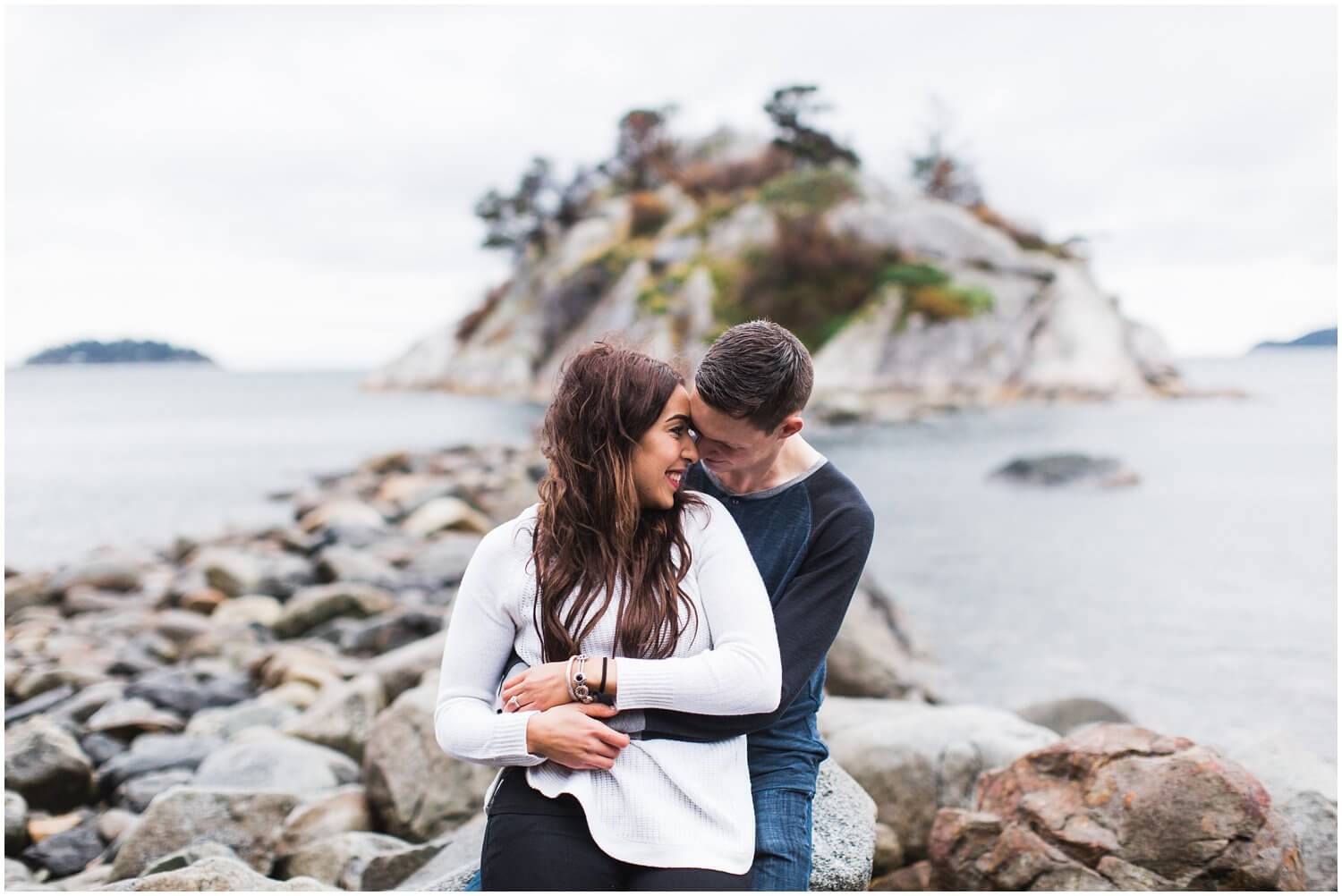 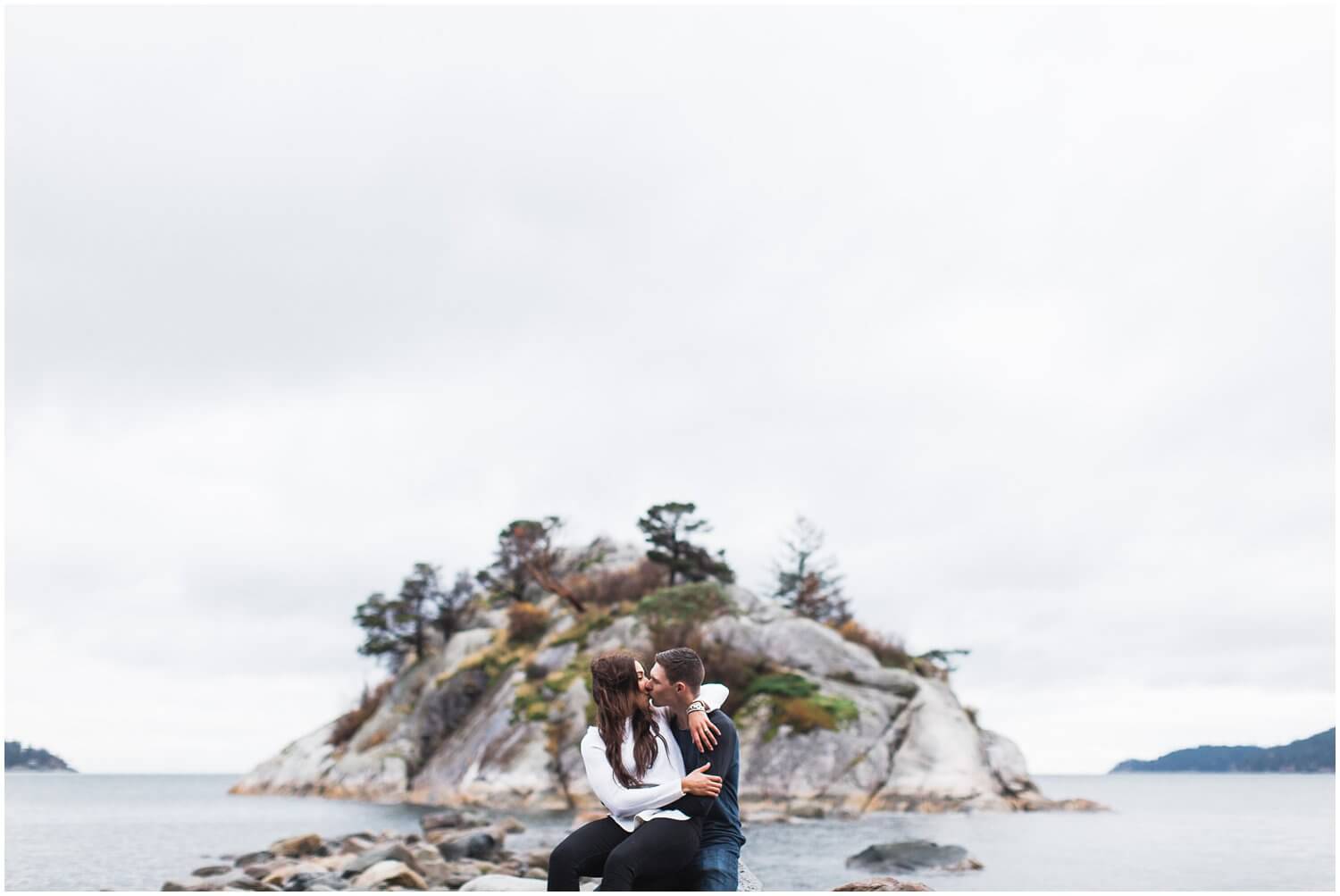